From the original Show:

Locally, much has improved since the days of Jim Crow, but some believe that more can be done to make Columbia a more inclusive community.

This week on Intersection, we’ll take a look back at some of the civil rights gains at MU and the town at large, and talk about the lessons that can be learned from them.

Michael Middleton is MU’s deputy chancellor. Prior to that, he was a professor in the university’s School of Law. He also was the first African American student to enroll and graduate from MU’s law school.

William Horner is a Professor of Political Science at MU, and the co-author of a book on Lloyd Gaines, who was an early civil rights pioneer who challenged the Law School’s ban on African American students.

Mary Ratliff is the president of the state chapter of the NAACP, and has lived in Columbia since 1959. (joining by phbone)

Nathan Lawrence
Nathan Lawrence comes to KBIA as a recent graduate of Lawrence University (no relation), where he studied English, Film Studies and Gender/Ethnic Studies. When not at KBIA, he works to hone his skills in photography, filmmaking and data journalism.
See stories by Nathan Lawrence
Sara Shahriari
Sara Shahriari, MA ’09, is the assistant news director at KBIA-FM. She previously worked as a freelance journalist in Bolivia for six years, where she contributed print, radio and multimedia stories to outlets including Al Jazeera America, the Guardian, the Christian Science Monitor, Deutsche Welle and Indian Country Today. Sara’s work often focuses on human rights, policies affecting indigenous peoples and their lands, and the environment. She is a two-time recipient of funding from the Pulitzer Center on Crisis Reporting.
See stories by Sara Shahriari 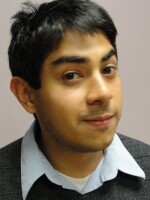 Rehman Tungekar
Rehman Tungekar joined KBIA in September 2011. Previously, he has worked with WNYC’s Radiolab, Chicago Public Media’s Vocalo.org and WBEZ’s Eight Forty-Eight. A Chicago native, he started out his professional career in science, but soon traded in a microscope for a microphone and hasn’t looked back since. Rehman is a graduate of the Salt Institute for Documentary Studies, where he focused on radio.
See stories by Rehman Tungekar