Most people hope to avoid ticks when they take a walk in the woods.

For biologists at Washington University’s Tyson Research Center, however, attracting ticks is the goal.

In a recent study, Tyson researchers collected thousands of lone star ticks in the Missouri Ozarks. The results point to an interesting pattern: the number of ticks found in an area is closely related to the topography, or physical features, of the landscape.

Easily recognized by its characteristic white-spotted back, the lone star tick is common across broad swaths of the eastern and central United States. It also appears to be on the move. Over the last several decades, it has colonized new regions and is now found in at least 32 states.

“It’s very abundant here in Missouri,” said Tyson staff scientist Solny Adalsteinsson, adding that the tick tends to be found on medium- to large-bodied hosts, like white-tailed deer and raccoons.

Unlike other tick species that use a “sit-and-wait” strategy, the lone star tick is an active hunter, following trails of carbon dioxide to sniff out hosts up to 16 feet away.

Tyson researchers took advantage of this behavior to trap this tiny bloodsucking species. After drilling holes in coolers, they stocked them with carbon dioxide-producing dry ice and lined the edges with extra sticky carpet tape.

Using these homemade traps, they collected roughly 2,000 lone star ticks across 30 acres of forest. By comparing the environmental characteristics of each tick trapping site, they were able to determine which factors were most closely related to tick abundance.

Overall, north-facing slopes had more ticks than south-facing slopes. There were also more adult ticks collected in low-lying valleys than on steeper ridges. 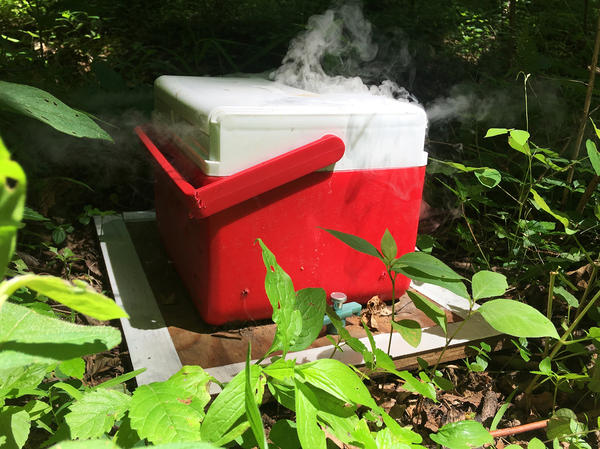 Although it’s unclear what exactly is causing these differences, it’s likely a combination of where ticks fall off their hosts and whether they can survive there.

“It takes these ticks about two years to complete their life cycle, but they only feed, at most, three times. During the rest of that two-year life cycle, they're really just hunkered down trying to survive and not dry out,” Adalsteinsson said. “Having a good amount of moisture or high humidity really helps them to survive.”

Tyson Research Center Director Kim Medley said the results are important for future studies and possibly, tick management. The lone star tick is an important vector of several diseases, including the heartland virus and ehrlichiosis, a common bacterial disease that causes a range of symptoms, including fever, nausea and muscle pain.

The heartland virus was first identified in 2009, after two farmers in northwestern Missouri became ill. Although it was first assumed to be relatively rare, subsequent studies have found the heartland virus circulating in deer, raccoons, coyotes and moose across 13 states. 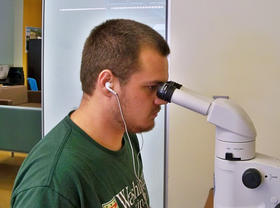 Because the lone star tick carries multiple diseases, there is strong interest in developing ways to control its spread. Before the study results can be applied to tick management strategies, however, they’ll have to be confirmed in other regions.

“It’s really sort of a first step in starting to understand here in the Missouri Ozarks, what factors really drive variation in the lone star tick,” Medley said.

Medley said researchers at Tyson are already incorporating the results of the tick study into other research, including a long-term experiment investigating how fire affects forest vegetation and tick populations.

The study was published in the Journal of Medical Entomology.