Children are the biggest casualty of the Syria war, raging since 2011. Thousands of them have been killed, injured and ripped apart from their families.

To shed light on the humanitarian crisis, a film crew comprising Missouri State University students and alumni is creating a feature-length documentary through Carbon Trace Productions.

Led by Dr. Andrew Cline, associate professor of media, journalism and film at MSU, it will highlight the plight of refugee children and the work pediatric neurologist Dr. Tarif Bakdash, a Syrian-American, is doing to help them through the Syrian American Medical Society’s (SAMS) medical missions. Bakdash's memoir, “Inside Syria,” which he co-authored with Dr. W.D. Blackmon, MSU department head of English, was the impetus for this documentary.

Cline shares more about the project and his experience from his recent filming trip to Jordan.

To help with this project, donate to the documentary film fund with MSU Foundation. To find out more about SAMS and how to support the organization, visit its website. 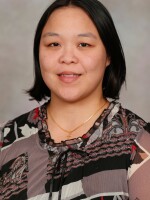