A documentary from the HBO series "Vice" features two Missouri plants that have been affected by President Donald Trump’s trade policies and tariffs.

For one plant, the tariffs have been a lifeline; for the other, it’s driving a nail into the business. “Trump’s Trade War” explores the reality in both those plants and others across the U.S.

Vice correspondent Michael Moynihan said many of the employees at both plants said they voted for President Trump. At Magnitude 7 Metals, an aluminum plant in New Madrid County, they also credit him with saving their jobs.

“As some of the workers told me, their jobs are coming back as a direct result of Donald Trump’s economic policy,” Moynihan said. “The owners of that company told me the same thing: that we are starting up these smelters, because we believe those tariffs are going to make it economically viable to do so. And the previous years — about three or four years ago — almost every aluminum smelter in America was closing down.”

In fact, Magnitude 7 Metals bought the smelter from the former owners which had filed for bankruptcy. Many of the workers were able to reclaim their jobs, and the new owners have vowed to create more than 450 jobs for the region.

It’s a very different story at Mid Continent Nail Corporation in Poplar Bluff, according to Moynihan.

“Mid Continent now has tariffs on the importing of steel that is used for its nails,” he said. “They are 75 percent down on their orders probably even more now. They’ve laid off a ton of employees. And guess what happens? There is no import tariff on Chinese nails.”

The company had even built another building to meet the rising demand of their product. But when the steel tariffs went into place, many of the customers that bought their product turned to China instead, because it was cheaper than U.S. product. Now the building and equipment that fills is collecting dust.

Moynihan said one thing that did surprise him when he visited the plant was that despite their jobs being on the line, they still supported Trump.

The documentary includes footage of U.S. Sen. Claire McCaskill, D-Mo., visiting the plant. Moynihan said even though many of the workers he spoke to never voted for McCaskill, they are considering it now.

“According to Claire McCaskill and people in her office, they were vigorously lobbying for an exemption for that company, and if that company got an exemption on these tariffs, they could survive,” Moynihan said. “And so far that has not happened.” 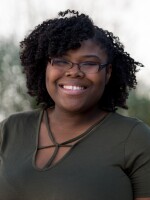