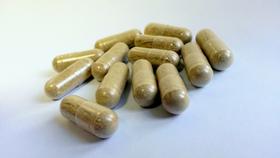 A constitutional amendment legalizing medical marijuana could be on the November ballot in Missouri.

On Friday, the group A New Approach submitted the signatures needed to place a measure legalizing medical marijuana before voters. The 370,000 signatures are more than twice the number required for a constitutional amendment.

The proposal would allow doctors to recommend medical marijuana to patients at their own discretion. That’s different from a recently passed bill in the Missouri House, which would have limited its use to people with certain conditions such as epilepsy or a terminal illness.

The proposal levies a 4 percent sales tax on medical marijuana, which would partially go to a fund for Missouri veterans’ health costs.

“Quite frankly, voters are far out in front of where their representatives are on these types of issues,” he said. “Voters overwhelmingly support medical marijuana in Missouri and that’s one of the reasons we’re going to take this directly to the ballot.”

The proposal is one of three possible medical cannabis ballot initiatives but is the first to gather the required signatures.

Close to 30 states have legalized medical marijuana. However, unlike its neighbors Arkansas and Illinois, Missouri has yet to allow the use of therapeutic cannabis, which proponents argue is effective at treating pain, nausea and anxiety.

Red states like Missouri have begun to embrace marijuana, but some more tentatively than others, said Robert Mikos, professor at Vanderbilt University and leading expert on state and federal marijuana legalization in the U.S. What was previously the purview of traditionally liberal states such as California and Oregon is creeping into libertarian and conservative states in the Southeast and Midwest.

“There’s just not a lot of opposition to it that remains today,” said Mikos. “We now have 20 years of experience since California legalized medical marijuana back in 1996, and the sky hasn’t fallen.”

On the states on the slower end of the curve, he said, “maybe they’ve seen enough from the experience of other states that the world isn’t necessarily going to fall apart if you go ahead and legalize this medical use.”

A recent Quinnipiac poll found 93 percent of American voters approve of legalizing marijuana for medical use.

The Missouri House has also endorsed medical cannabis. This week, the House approved a bill that would allow its use for terminal and chronic illnesses such as cancer and post-traumatic stress disorder.

More conservative states can also borrow policies and restrictions from others who have legalized marijuana, Mikos said. For example, the recently-approved House bill features limitations similar to other more conservative states, such as Louisiana. As in that state, Missouri patients would only be able to possess cannabis in a smokeless form, such as edibles, pills or oils, if the bill were to pass.

Medical cannabis has been proposed in the legislature annually for the last several years. In 2014, the state legalized CBD oil – a cannabis extract with low amounts of the high-producing chemical THC – for people with hard-to-treat epilepsy. Since then, efforts have stalled.

A lack of research

A major problem for medical marijuana proponents is that marijuana is still classified as an illegal, schedule I drug by the federal government. That means research on medical effects of marijuana for certain ailments is limited. Data from clinical trials is thin, and doctors are reluctant to prescribe a drug that’s technically illegal. As a result, many advocates must rely on anecdotal evidence of marijuana’s value.

“My bill is based on my clinical experience working with nurses in the hospice world. Nurses think that’ll be beneficial,” said Rep. Jim Neely, R-Cameron, a doctor who sponsored the House bill.

“In my 67 years I’ve never attended any lectures on medical marijuana,” Neely said. “There’s got to be a point where we gain some information. That’s the essence behind the approach I’ve taken.”

Cardetti said that ideally, a more traditionally regulated process would have proved cannabis’ effectiveness at treating pain, nausea and anxiety.

“Ideally, the federal government would have stepped up a long time ago and made some reforms. But they haven’t done that, and instead, states are stepping in to fill the void,” Cardetti said.

However, some legislators have criticized the state’s efforts to sign off on medical treatments.

“I don’t know of any other medicines that become medicine by an act of the legislature, versus the process that we’ve gone through for years in the history of our country with FDA clinical trials, double-blind studies, etcetera,” said Rep. Kirk Matthews, R-Pacific,  at a House hearing Monday.

The deadline to file the other ballot initiative petitions is Sunday, and the state legislative session wraps up in two weeks.